New for CHI 2014, plenary talks first thing each morning on Tuesday, Wednesday and Thursday. Come along, join the crowd and be energised by our speakers who will each bringing their experience of the Big Picture to inspire us. The talks will be short - twenty minutes - and then the rest of the day's programme will begin. 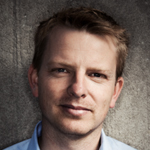 Abstract:
Petabytes of data about human movements, transactions, and communication patterns are continuously being generated by everyday technologies such as mobile phones and credit cards. This unprecedented volume of information facilitates a novel set of research questions applicable to a wide range of development issues.

In a collaboration involving 237 mobile operators across 102 countries, Jana's mobile technology platform can instantly poll and compensate 3.48 billion active mobile subscriptions. This talk will discuss how insights gained from living in Kenya became the genesis of a technology company currently working with global clients in over 50 countries, including P&G, Google, Unilever, Danone, General Mills, Nestle, Johnson & Johnson, Microsoft, the World Bank, and the United Nations. After providing an overview of the mobile and social media landscapes in emerging markets, it will conclude by emphasizing the value of consumer data in underserved and understudied regions of the world.

Bio:
Nathan Eagle is the co-founder and CEO of Jana, a company that provides consumers in emerging markets with free mobile phone airtime to incentivize surveys and purchasing. In addition to being CEO of Jana, Eagle holds an Adjunct Assistant Professor appointment at Harvard University.

His MIT PhD was declared one of the "10 Technologies Most Likely to Change the Way We Live," and he's been named one of the world's top mobile application developers and been elected to the TR35, a group of Top Innovators Under 35. Often sought after for his expert commentary, Nathan is regularly featured in such publications as the BBC, New York Times, Wall Street Journal, BusinessWeek and CNN. 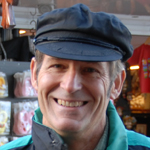 Title:
A CHI Story - Past, Present, and the Next Chapters

Abstract:
I became part of the CHI community in 1985, when I signed up to be the first AV Chair for the CHI conference. For the CHI 2014 conference…I’m still the AV Chair (we call it “technology liaison” now). Along the way, I’ve co-chaired a CHI conference, served on the SIGCHI Conference Management Committee for many years, and I’m now the Vice President for Conferences for SIGCHI. What is it about CHI that would induce a bioinformatician and hard-core hacker to become passionate about HCI and devote a significant amount of time and energy to support the field of HCI through service to the CHI conference? In this brief talk, we’ll look at the CHI conference through the eyes of a volunteer who has spent time in the lowest levels of conference operations, chaired the conference, and now is responsible for overseeing all of the SIGCHI conferences. I’ll try to address some or all of the following questions:

Where did we come from? What is CHI trying to achieve and have we been successful? If we have been successful, what are the key ingredients to that success? Where are going and how are we going to get there without losing what we currently have? And finally, why should you care? Oh, and along the way, it will probably become clear why I care…

Bio:
John "Scooter" Morris is the Executive Director of the Resource for Biocomputing, Visualization, and Informatics at the University of California, San Francisco. Before finding his home in academia, he was a Distinguished Systems Architect at Genentech, Inc., where for 19 years, he participated in the joys and trials of life in industry. He received his Ph.D. in Medical Information Science from UCSF in 1990, and has bachelor’s degrees in Physics, Biology, and Computer Science from UC Irvine. Scooter is a member of the Cytoscape core development team (an open source system for the visualization and analysis of biological networks), and author of several Cytoscape plugins and core features.

In his "spare time" he is the Vice President for Conferences of the ACM Special Interest Group for Computers and Human Interaction (SIGCHI), a long-time CHI conference volunteer, past CHI conference co-chair, and recipient of the SIGCHI Lifetime Service Award. He is also known to voluntarily jump off perfectly good boats near Alcatraz Island for a brisk swim to San Francisco, swim across Lake Tahoe, and generally do silly things in cold water, but that’s a different story. 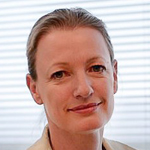 Title:
Reasons to be Cheerful, Part 4.

Abstract:
Reasons to be Cheerful, Part 3 was a song released by the UK's Ian Dury and the Blockheads in 1979. The song simply enumerates a series of reasons for being cheerful: Summer, Buddy Holly... 18-wheeler Scammels, Domenecker camels... The list includes sex, generosity and politeness, yellow socks, breakfast cereal, John Coltrane... and more.

In 1979 when the song was released HCI was still in its infancy, starting its 'first wave'. Much focus was on efficiency and on communication as command. Satisfaction was noted, but not central. Frustration was acknowledged but not deeply theorized.

Now, in 2014, in the third or perhaps even fourth wave of HCI, we talk about engagement, connection, emotion, enjoyment, delight and joy... Efficiency is still on the table but not dominant.

In this talk, I reflect on cheer, on joy and the human capacity for optimism. I will update the Blockheads' list, to include some reasons I believe we should be cheerful about the emerging landscape of mediated interaction and social connection. My list will offer examples from my own collaborative work in the design and development of engaging Internet experiences.

Bio:
Dr. Elizabeth F. Churchill is director of human computer interaction at eBay Research Labs, where she is focusing on human centered commerce. Originally a psychologist by training, she has focused on understanding people's social and collaborative interactions in their everyday digital and physical contexts.

Dr.Churchill has over 100 peer-reviewed research publications, over 40 patents filed or in process, five edited books, and has been a regular columnist for ACM Interactions. Her most recent book, co-authored with Frank Ritter and Gordon Baxter, is entitled Foundations for Designing User-Centered Systems.

She is the current Executive Vice President of ACM SIGCHI, a Distinguished Scientist of the ACM, a Distinguished Visiting Scholar at Stanford University's Media X, and serves on the advisory board for the Mobile Life Research Center in Kista, Sweden. Dr. Churchill has recently been advising on the creation of a new initiative in Human Data Interaction with scholars in the United Kingdom.

Before joining eBay, Dr. Churchill was a principal research scientist at Yahoo! Research, where she founded the Internet Experiences Group. She has also worked at PARC's Computing Science Lab. Prior to that, she formed and led the Social Computing Group at Fuji Xerox's FX Palo Alto Laboratory. Dr. Churchill has a PhD in Cognitive Science from the University of Cambridge in Cambridge, United Kingdom.